The Fremont Neighborhood of Seattle

Fremont is Seattle’s artists’ haven with plenty of sights and surprises to inspire, instruct, and invigorate locals and travelers. Named after the hometown of some of its founders, Fremont became part of Seattle only in 1891 after being its own city for decades so remnants of Fremont City still abound in the area.

The main thoroughfares of Fremont are Fremont Avenue, Aurora Avenue, 46th St., 45th St., 36th St., and 34th St. There are also two main bridges, the Aurora Bridge and Fremont Bridge. The Fremont Bridge was the first that was opened in 1917. Its double-leaf drawbridge runs over the Lake Washington Ship Canal. The Aurora Bridge, historically named the George Washington Memorial Bridge, was opened in 1932. With a length of 2,945 ft (898 m) long, and a width of 70 ft (21 m), it connects Fremont to Queen Anne as does Fremont Bridge. For those looking for a surprise, look under the northern end of the Aurora Bridge for some troll sightings. 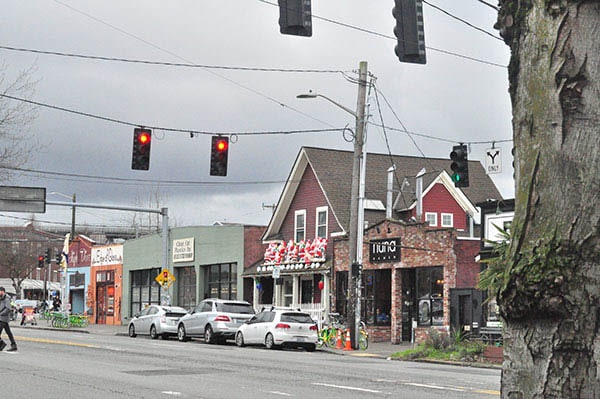 Sights to connect to the past

The Ship Canal was opened in 1917 to connect Puget Sound to Lake Washington through Lake Union using two cuts, the Fremont Cut and the Montlake Cut.

The 27-mile Burke-Gilman Trail and the 10-mile Sammamish River Trail have been the favorite pathway for commuters, cyclists, joggers, skaters, and walkers. The pathway will take you through Ballard, the Lake Washington Ship Canal, Lake Washington, Bothell, and Redmond.

The Seattle Public Library branch in Fremont is the library’s longest operating branch since it opened back in 1903. It was an informal library in the area long before Fremont was a part of Seattle. It is one of the landmark buildings in Seattle as declared by Seattle’s Landmarks Preservation Board.

Opened in 1892, the BF Day School, after the donor Benjamin Franklin Day, predates the public school system in Seattle. The school had been in continuous operation ever since it opened.

Woodland Park Zoo has been a source of discovery, knowledge, and delight for generations in Seattle since its founding in 1899. The zoo aims to educate and empower people to protect the natural world.

Fremont is an area we service