The Kenwood Neighborhood of Seattle

Kenwood is a neighborhood in northern Seattle, located to the west of the upper end of Lake Washington. To the south it borders Lake City, which used to be a separate city prior to 1954. To the north of it lies Lake Forest Park, an extensive green area with picturesque views. Kenwood is adjacent to Cedar Park on the east, and is part of the Olympic Hills area that extends to the west. Lake City Way NE (State Route 522), a busy arterial route spanning Northeast Seattle, runs through Kenwood from the south to the north.

Little Brook Park is a little park in northern Kenwood. It has a small field, restrooms, a children’s playground and a bunch of greenery scattered around. The park is about an acre in size and features a cozy, comfortable recreational area amidst the busy city life. There are picnic tables available which makes this park a convenient picnic spot for Kenwood’s residents, great for a family outing. The play area is suitable for children of all ages. 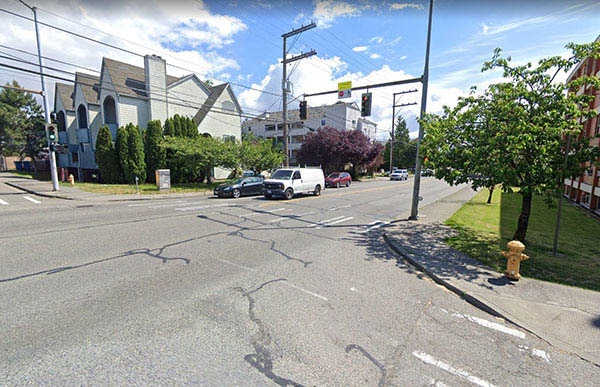 There are three major apartment complexes in Kenwood: Array Apartments, Solara Apartments, and City North Seattle, each facing Lake City Way NE. Solara Apartments is a colorful low-rise complex that is pet-friendly and offers a lot of modern studio options. Array Apartments is a modern complex situated in the very heart of the Lake City corridor and in close proximity to Lake Washington. City North Seattle is situated on the corner of Lake City Way NE and NE 125th St, and offers apartments with lofty 9-foot ceilings.

Kenwood is an area we service